A Small Scar is Sometimes Enough to Get a Large Settlement 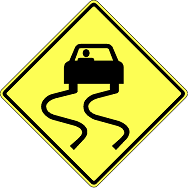 Our client was a passenger in a car struck by a drunk driver. She wasn't seriously injured, but she suffered a laceration over her eye which was going to leave a scar. An injury like that wouldn't be worth much if it happened to Tom or to any old guy. But on a twenty-something young woman who had done some modeling, it was enough to motivate the insurance company to pull out the checkbook.

We had to file suit in order to get the insurance company to take us seriously, but once we did, things started to move. Despite having minimal medical bills, our client got a $73,000 settlement, which will help her to continue her education.