You are sitting at a red light and you hear the sound of tires squealing from behind. As you turn to look, you feel the jolt of bending metal and breaking glass.

Welcome to your first day as an automobile crash victim. You may feel OK today, but your body is probably in shock. Your para-spinal muscles (the muscles that run up and down your back next to your spine) haven't gone into spasm yet. That spasm is the body's attempt to splint the injured area. In a couple of days, when those muscles have had a chance to lock up, you may feel like a prisoner inside your own body. If you are lucky, it goes away in a week or two.

If you are not lucky, you may be dealing with muscle stiffness, spasm and weakness for months or years to come. This is serious.

So why is it that so many people cannot refrain from doing the one single thing that does the most to reduce their chances of getting fair compensation for their injuries? The first inclination of many people when their cars are involved in a collision is to jump out of the car and shout at the other driver. Some will question the other driver's parentage. Others prefer to ask rhetorical questions. (“Who the @#$% do you think you are?” “Where did you get your drivers license?” and the ever-popular “Are you blind?”)

No doubt, such behavior satisfies a primal need to make ourselves feel better. However, (and there's no way to put this too strongly) it is really stupid.

Think about this. The verdict value of cases is arrived at by juries in mysterious ways, and never the same way twice.
A verdict is a compromise of the estimates of the individual jurors about what a particular injury is worth.

Lawyers and insurance adjusters arrive at their estimates of the settlement value of any given case by guessing what a jury would do with it. Putting a settlement value on a case involves making an estimate of a compromise among a bunch of estimates. As I said, it's mysterious.

But this much is clear: 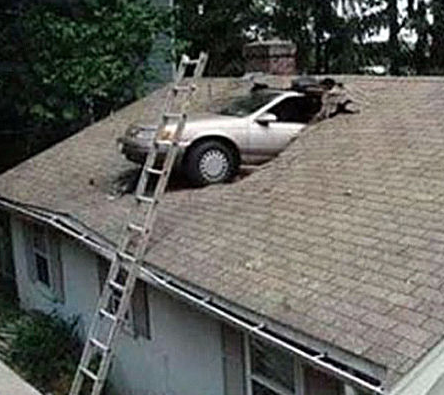 One of the most important factors weighed by jurors is which party they like better.

So, back to that outburst at the traffic light. If you act in an abusive and tactless manner, it tells the jury that you see the world as being all about you, and you aren't inclined to worry about the other guy. Would you want to give money to someone like that? After all, the other guy didn't try to run into you, and he may be just as hurt as you are.

So what is the stupidest thing you can do after someone runs into you? Making yourself feel better at someone else's expense. Don't do it, no matter how irritated you are.

Here's a tip to keep yourself from ruining your claim. Be a nice person. And there are three important words to remember when someone else's car runs into your car. These words make you look like a humanitarian… “Are you OK?”

That's it. Go to the other driver and see if they are hurt. The important thing is to act like the kind of person that other people will want to reward. Remember the man who threw his body onto the man who had fallen onto the NY subway tracks? Didn't you wish you had a spare million bucks to give that guy just for being such a good person? Just think. If you were on a jury, you might be in a position to give away a million bucks of some insurance company's money. What could be better than that?

Whether we like it or not, other people are always judging us. Always being considerate not only make the world a better place, but can cause those people to judge us more favorably. And immediately after the crash, other people's judgments have a cash value, both positive and negative.

There is usually no way to immediately tell whether a crash results in a temporary injury which heals itself, or a life-changing condition which may require long-term therapy or even surgery.

So whatever you do, you don't want to do anything that hurts your chance for fair compensation to cover possible medications, medical treatments, lost wages and out-of-pocket expenses. If you can remember to think of the other guy's welfare first, you appear as a person deserving of full compensation.

For 30 years, we have been telling clients that the guy who ran into them is just like everyone else. We all make mistakes. Just because he ran into you, that doesn't mean he's a bad person. It doesn't even mean he's a bad driver. He just made a mistake. Treat him decently and avoid a major obstacle to recovering a fair amount for your injuries.

Or contact us through the website here.  It will go directly to Tom's phone as a text message.

When an Accident Occurs