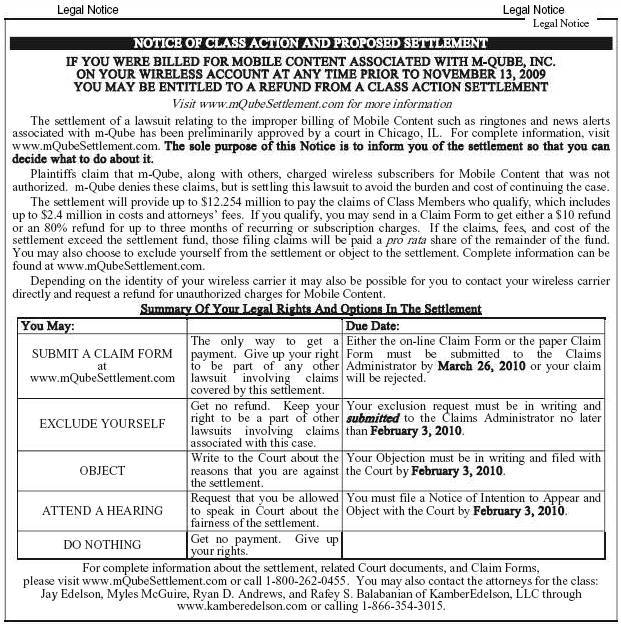 It's not unusual to hear complaints on talk radio or the talking head cable stations about the so-called problem of class action lawsuits. It just doesn't seem fair that some lawyer brings a class action, and makes a million dollars in attorney fees, and all I got was a lousy few dollars, or maybe just a gift certificate. Right?

It seems unfair only if you don't understand what class actions were invented to do. And unfortunately, most Americans do not understand.

Here's the type of problem that class actions were intended to correct: Suppose I own an electric company, and I figure out a way to overcharge each of my customers by ten dollars. Millions of customers! Tens of Millions of dollars!!

And here's the beauty part: Since each customer only lost ten dollars, who is going to hire a lawyer to try to get it back? What a great scam!!

Even if it's discovered, most people will simply write off the loss as too small a problem to worry about. But as the electric company owner, I have hit the jackpot to the tune of ten million dollars!

That's the type of wrong that class actions were intended to correct. And without class actions, the wealthy can nickel-and-dime the little guy, safe in the knowledge that the individual losses are too small to bother with, even for a working man.

How do class actions solve this problem?

In a class action, a bunch of people can act together to recover those little overcharges. One lawyer acts for everyone, so that it becomes economically feasible to go to court. Here's how it works: One victim gets a lawyer. If that lawyer can convince the judge that there are a large number of similarly-situated other victims, then the judge can "certify" the class. Once a class is certified, then any victim who does not specifically object is automatically included.

At the end of the case, all of the members of the class get their ten dollars back, less the fee for the attorney who brought the suit. Sometimes, that fee is a million dollars. Or more.

Now, a million dollar attorney fee may seem like a lot. And it is. But class actions are a huge amount of work, and are very risky. If the wrongdoer goes out of business, all of that work may be for nothing. But the bottom line is this: The purpose of class actions is to recover money that was stolen from the little guy.

And isn't it better to return most of the money, less the attorney fee, than it is to allow the thief to keep it all?